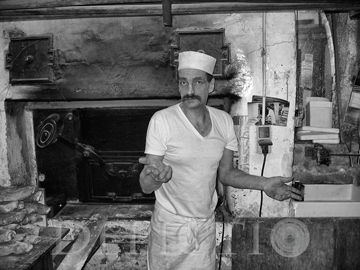 Memories of my favourite baker 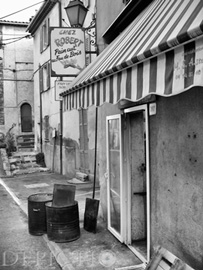 I took Robert's picture one morning in his ancient "four à pain" in a small village in the South of France, while buying my daily baguette – a sacred holiday rite. As usually, he was looking rather tired, but had always something amusing to say. Some months later, I brought him some prints of his portrait, and we were laughing together. But at my next visit, another fews months later, I found the bakery closed and had to learn that Robert had passed away from a cancer.
When I now look at his photo, I always remember the smell of the excellent traditional bread he made. His baguettes directly cooked in the ashes of the old stone oven, were by far the most delicious I ever ate. I also remember a somehow excentric person with a taste of literature that made a contrast to the hands-on job he was doing. I wish I had knewn him much better.